The Black Barn Farm Shop is a collection of practical, beautiful and edible items that reflect what we use (tools), what we’ve grown (heritage fruit trees + berries + other edible  must haves) and what we’ve created (book + seeds).

Our life is seasonal, tasty and intentionally simple and our shop is about sharing  the fruits of our labour – so-to-speak- so you can take a little bit of the good life into your life. 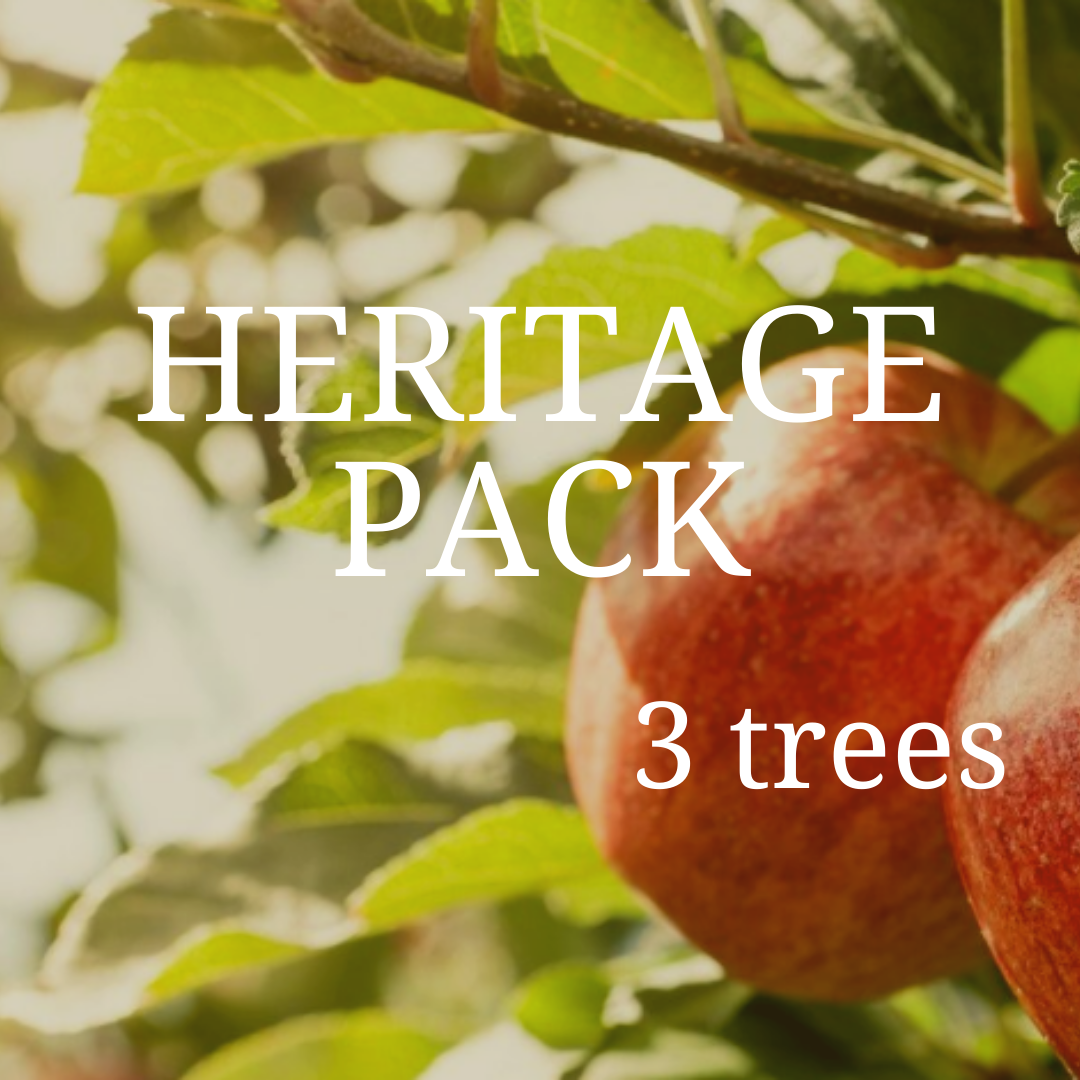 Our apple tree packs contain some of the best apples in our collection which are selected to ripen over the season and to pollinate each other, taking the worry out of choosing backyard orchard trees.

Cox's Orange Pippin - Ripens in March, the best-known and much sought after English apple. It is rich, complex, highly aromatic, nutty and spicy in flavour. Dates from 1825 in Buckinhamshire.

Baldwin- Ripens in April, highly esteemed North American eating apple. The flesh is sweet, crisp, juicy, rich in sugars and aromatic. Dates from 1740 in Massachusetts.
Save this product for later
Display prices in: AUD